Congratulations to Celltic on reaching max level and becoming our 4th Battle for Azeroth Working Man Challenge champion! Cell guided Celltic to max level in just under 18 days with a /played time of 3 days, 2 hours, and 15 minutes. Celltic is also Cell’s 3rd max level challenger this expansion, “All thanks to the Winds of Wisdom buff. Couldn’t have done it without that.”

Cell chose to remain close to Celltic’s Night Elf roots leveling up through Teldrassil and Darkshore before embarking across the sea to the Eastern Kingdoms. Once there, he gathered and quested his way through Elwynn Forest, Redridge, Duskwood, and Stranglethorn Vale before setting his sights northward to Dun Morogh and Loch Modan.

Levels 60 through 80 were spent mostly in Northrend zones. After spending some time in Borean Tundra, Cell did take a short break to warm up in Nagrand before returning to Northrend. Upon returning, Cell worked his way through Grizzley Hills and Sholazar Basin.

For levels 80 through 90, Cell spent some his time in the Pandaria zones of Jade Forrest and Valley of the Four Winds before heading into the underground depths of Deepholm.

His time in Draenor was spent collecting treasures and picking up some exploration XP along the way. He also utilized the invasions in Legion to get from level 100 to 110.

Rounding out his Working Man Challenge journey, Cell spent his time in BfA treasure hunting and gathering resources with some limited questing on the side. He would also head back to Kalimdor from time to time to dig up some Archeology sites to mix it up.

We asked Cell if he had any advice for others participating in the Working Man Challenge and he had this to say; “The only advice I can think of isn’t specific to Working Man, but to Hunters. Get yourself a spirit beast pet at level 65. Their spirit 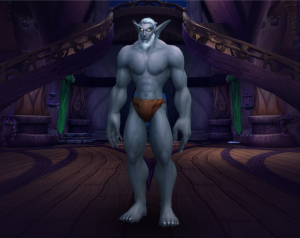 mend ability really speeds up the game and helps keep you safer than normal.”

What’s next for Cell? “Now all the focus is on Caroucell, the 113 Iron Man Hunter. Slow and steady with him.” Good luck with Caroucell, we’ll be rooting for you!

Once again congratulations to Cell on getting Celltic to max level and becoming our 4th Battle for Azeroth Working Man Challenge champion!