Congratulations to Felinester on becoming our fifth Shadowlands Iron Man champion as well as our first Iron Druid. It took Ster exactly 8 days  of /played  time to get Felinester from Level 1 to Level 60. 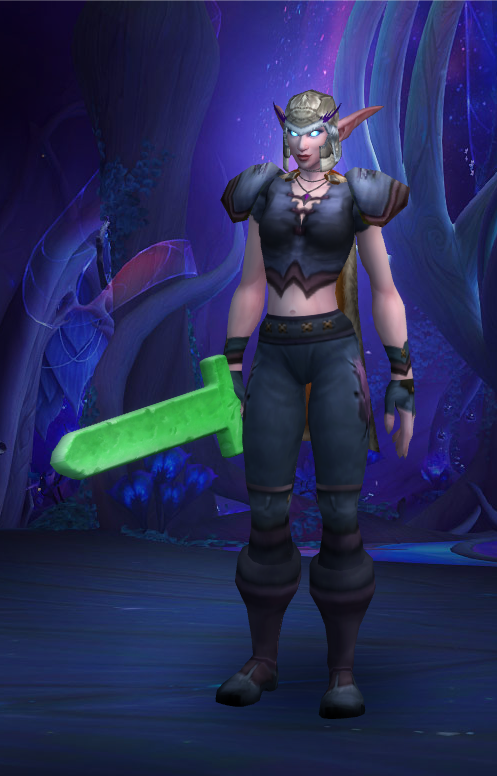 Ster’s leveling strategy: “First, get to 53 in old world. This is fairly easy, by simply doing a treasure chest run thru BfA each day. The XP granted is still significant until you hit 54. Felinester as a druid has a distinct advantage over her rogue sister. Specifically, a druid can kill ordinary ShadowLand mobs using the root-n-shoot method. I remember Ferre saying, “If you can’t root it, don’t shoot it”. While druid’s root and prowl is not as good as rogue’s SAP and stealth, it’s still good enough to sneak around and get to places that visible toons struggle with. Root-n-shoot works really well too – root the target just at the 40 yard range – then open up with Wrath and Starsurge for about 8 hits. Refresh root on the target, rinse-repeat until dead. At 40 yards, many hostiles don’t have cast or ranged attacks that can hit you. Unfortunately, this strategy does not work on named or elite types – so be careful. Still, nice to be able to kill NPCs for quests that require you to go eliminate 10 hostiles.”

Was there any scary moments during Felinester’s journey? Ster says “Probably the scariest moments in ShadowLands is how easy it is to aggro a mob. Maybe players run by dragging a mob and they turn on you. Or you tag one hostile and suddenly a bunch join in. Which is a good reminder to always have cool downs ready, stay away of surroundings and other players, and always have an escape. Be sure to check the forum’s for Shadowlands Mobs to Avoid – Xaya and I have been adding to it on a regular basis, often after a toon death. Many SL creatures have ability to DoT you, which are very difficult to overcome – you often can’t heal fast enough.”

Good luck with your other challengers Ster and once again congratulations on becoming our fifth Shadowlands Iron Man champion with Felinester!