Congratulations to Krisbt on becoming our fifth Blood Thirsty Challenger to reach Level 60 in Shadowlands. This character’s /played time was about 3 days, 7 hours, 48 minutes.

Why did Kristoff choose the Blood Thirsty challenge  “I tried a few Irons, but I used to a lot of the quests when they became “green” by judging my level, now everything levels with you and I haven’t yet sorted out a route which works for me as an iron.   I also tried as a “green iron” but since the squish down to 60, that seems quite easy and is not yet official on your website, so that lead me to Bloodthirsty, and I have quite enjoyed it as I have explored many areas that do not figure when following a quest chain.”

What path did Kristoff take with Krisbt to reach level 60? “As I was a Night Elf Hunter, started in Teldrassil and due to the “rares” there stayed until 12ish, then to Stormwind and Elwynn/Redridge for a bit with occasional trips to Duskwood; from around 15 or so off to Loch Modan. 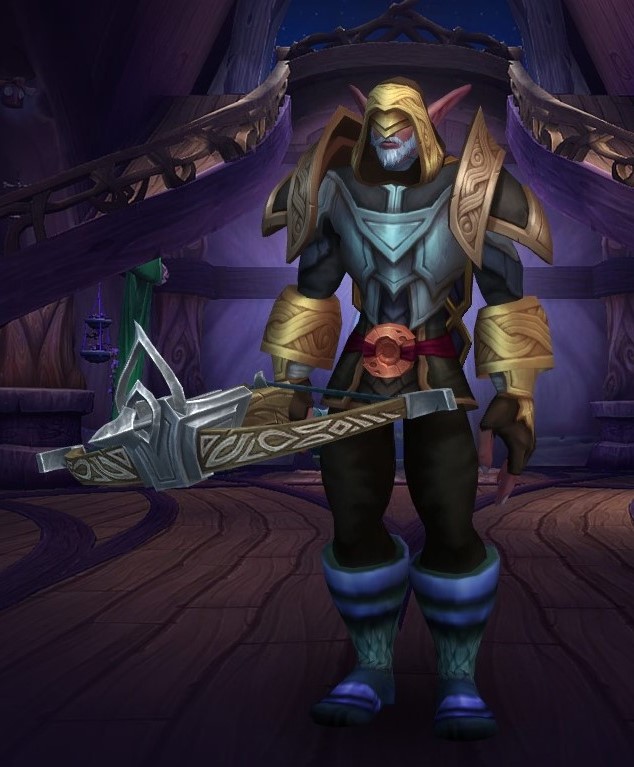 As long as you don’t get too bored doing that you can run round there killing the “rares” as many times as you like getting a load of xp, and they respawn as soon as you’ve been round once, but after a bit it gets tedious, so move on to Wetlands, Arathi, Hinterlands, and WPL as the level increases, but I did go back and forth.

I also got the boat over to Dustwallow, Thousand Needles, and Tanaris for a change (but mostly Dustwallow over there). After getting to Shadowlands a lot of Bastion until I noticed that the flight paths opened up, then 57,58 in Ardenweald, and 59-60 in Revendreth. In all cases in Shadowlands I chose an area where I did not encounter anything unexpected, mainly due to the fact I had spent almost no time there previously (only levelled one “normal” character to 60).”

Did Kristoff have any close calls while leveling Krisbt? “Only in Shadowlands, taking something on that I was unsure of, or suddenly attracting unexpected additional enemies, and in all cases I had previously decided on a safe direction to run and leaving my pet to keep most of the aggro.”

Kristoff has the following advice for others wanting to try out the Blood Thirsty Challenge: “I think that a hunter is easiest as a Bloodthirsty, and I would definitely recommend that the pet chosen for the challenge is the Chimpanzee “King Mukla” which you can get on the island just off the coast near Booty Bay, Southern Stranglethorn – best pet I’ve found and getting there gives a lot of xp for the exploration.”

What’s next for Kristoff? They are busy levelling “a shaman and a druid, and just started a paladin (altho’ don’t get on with him very well)”

Good luck with your other challengers Kristoff and congratulations once again on becoming our fifth Shadowlands Blood Thirsty Challenge champion with Krisbt!