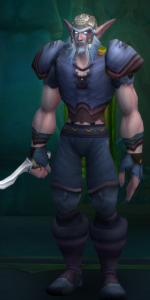 These challengers plus one previous Shadowlands Iron champion bring Ironbrue’s total champions in this expansion to 6.

Ironbrue tells us he tried the Iron Man Challenge on and off for ages. “…lots of deaths etc until I at last learned patience, think ahead, take care ALL the time, concentrate. Ironbrue Human Hunter was my first success to L60. I also got to L60 with a troll hunter – Ironbro – in Classic Ironman on Hydraxion Waterlords – I think it was much harder. Classic has gone on to Burning Crusade now and I don’t really fancy moving on with that one – maybe sometime. I decided in a moment of madness that I must follow this with a toon of every class to L60 in retail WoW.”

When we asked Ironbrue what leveling path he chose for these challengers he said “Most of the chars are Night Elves. So the path generally was Teldrassil – Elwyn Forest – Westfall (chickened out on the eavesdropping on the four guys behind the barn quest although I am convinced I would have been OK – they don’t have much health but there are four of them lol) – Lakeshire – Duskwood – Stranglethorn (chickened out on the final tiger boss – I reckon him and the adds he calls would kill any of my iron men).”

“Did as many chests as possible (plus quite a few quests) in Uldum, Tanaris, Ungoro Crater, Silithus, Thousand Needles, Duskwallow, Barrens areas to make gold from selling the blue items they all contain (needed for the stupid prices people ask for grey gear on AH)  – not bad exp too – then off to cataclysm – Sholazar Basin mostly until L50 – then try to get to L51 with chests in Kul Tiras before going on to Shadowlands.”

Did Ironbrue have any close calls while leveling? “Too many to list…plus quite a few

inevitable die and start again swearing sessions. It hurts when you get all the way to Shadowlands and die on a quest you thought was risky but ok if careful…or from a random disconnect. Another dumb death….cannot remember the exact level, but I think 40-ish – there is a quest somewhere that ports you into the keep in Blasted Lands. Unfortunately, it ports you right inside when the keep is full of very hostile, very tough horde, I was wiped out in seconds. So if you see such a quest, do not chance it.”

Ironbrue has the following advice for others trying out the Iron Man Challenge: “NEVER sell your unwanted green and blue gear quest rewards at someone else’s mount vendor. Just as you click sell they can exit and you end up equipping it. And sell them straight away if you can so they are not in your bag and always a danger to be accidentally clicked and equipped. I had a green item in my bag and its icon was similar to a quest item icon. Clicked the wrong one. Make sure you have at least one goblin glider in your bag…just in case you fall. I put mount and hearthstone icons way up on the right-hand bar where I am not likely to click on them while flying. I dismounted myself once and died. From then I always carried a glider.”

“Carry shieldtronic shields – they give you thinking time – don’t panic. Be careful if you do the artifact weapon quests. They can auto equip. Happened to me on a druid – it auto-equipped an epic quality staff which was a precursor to the artifact weapon. I checked for ages and I was not flagged for this, so maybe you already have this sorted and ignore it. The character subsequently died later anyway so it did not matter in the end. I left artifact weapon quests alone after that.”

What’s next for Ironbrue? Will they be taking a break or is it time to hop on another challenger? Ironbrue tells us that they currently have 4 more Iron Man challengers in the works. “All are in Shadowlands…I think the last two or three were able to skip the Shadowlands intro…but most went through the Maw storyline…quite heart stopping at times, but not quite so tough as it first looks. Now you are back online I will probably start moving them on again.” 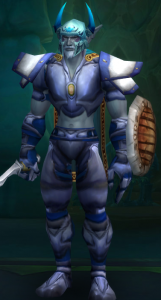