Congratulations to Soulshield on becoming our third Blood Thirsty Challenger to reach Level 60 in Shadowlands. This character’s total real world time comes in at 1,773 days,  5 hours and 53 minutes. Her approximate Shadowlands /played time to get from Lvl50 to Lvl60 was about 2 days, 21 hours.

What path did Nisey take with Soulshield to reach level 60? “After exiting the Maw I did not take threads of fate and just continued on into Bastion.(this was before threads was taken off the table for bloods temporarily). For me Bastion just feels a bit more Blood Thirsty friendly. The mobs don’t feel as grouped up and boxed in as they can in other zones. Her leveling path in Bastion was pretty much the same as Soulsnuffers, my priest that previously reached Lvl60 this expansion. She did laps near Aspirant’s Rest, killing moths, cloudstrider grazers, turtles and cranes. From 53 – 56 I moved over near Hero’s rest running a huge circle near there killing the same mobs as mentioned above just the ones in this area were a little higher level. At 57 I moved over to Sagehaven and ran loops along the edge of the ponds killing turtles. I did that until 60. I tried to go moth hunting but I really didn’t like being in such a high traffic area with hostile mobs near by. In the area where I was killing turtles all the mobs near me were neutral.” 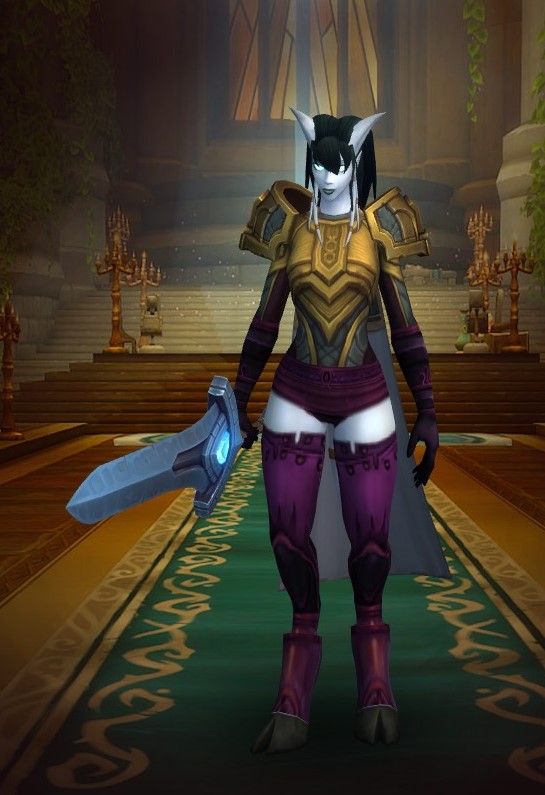 Did Nisey have any close calls while leveling Soulshield? “I had more frustrating moments while leveling from 50-60 than close calls. I had to keep trying to alter my routes due to people farming leather, potential bots, and others just being problematic for me.  The closest call I had was actually 3 bars from dinging 60. My latency was great but I suddenly started to lag. Wasn’t so bad at first but then it ramped up to where spells were hanging for almost two seconds or more and I was starting to panic thinking I was dc’ing. The turtles tend to take a good chunk of health when they do snapping bite so I was thinking there is no way I’m going to survive a dc with this mob. I actually started to run. I had to ran through Sagehaven and out to the bridge that leads into before combat dropped. Once it dropped I headed back into Sagehaven where I entered combat again for some reason so I ran back out and across the bridge again before it dropped once again. Turns out from what general chat was saying there was a world boss up and 2 different 40 man raid groups were attacking it at once.. The whole time I was chanting in my head ‘Noooo it can’t end like this! Not three bars from 60 with my oldest challenger! Noooo!’”

Nisey has the following advice for others wanting to try out the Blood Thirsty Challenge: “Advice wise, pretty much the same things that have been mentioned before. Start out with a class you enjoy because as a Blood you’ll be spending a fair amount of time on that character. Scout out unfamiliar mobs or areas with a similarly geared character. Be aware of your surroundings and where other people are so you’re not completely surprised by a mob train being dragged over you. Large name plates turned on help out a great deal especially if the mobs are a similar color to the landscape and lastly rested XP is your friend.”

What’s next for Nisey? “What’s the saying? No rest for the wicked? I set a goal for myself to get one of every class to max as a Blood for Shadowlands. So far I’ve gotten two done and a bunch more to go to keep me busy. On the side I am slowly leveling an Iron as well.”

Good luck with your other challengers Nisey and congratulations once again on becoming our third Shadowlands Blood Thirsty Challenge champion with Soulshield!